The Lucia N°03 is a stroboscopic lamp controlled by a dedicated software system that has the effect of inducing in the experiencer various states such as deep relaxation, meditative or dream-like states and various transcendental experiences. It is increasingly used in therapeutic settings as well as in research environments relating to entheogenic or perceived near-death experiences. 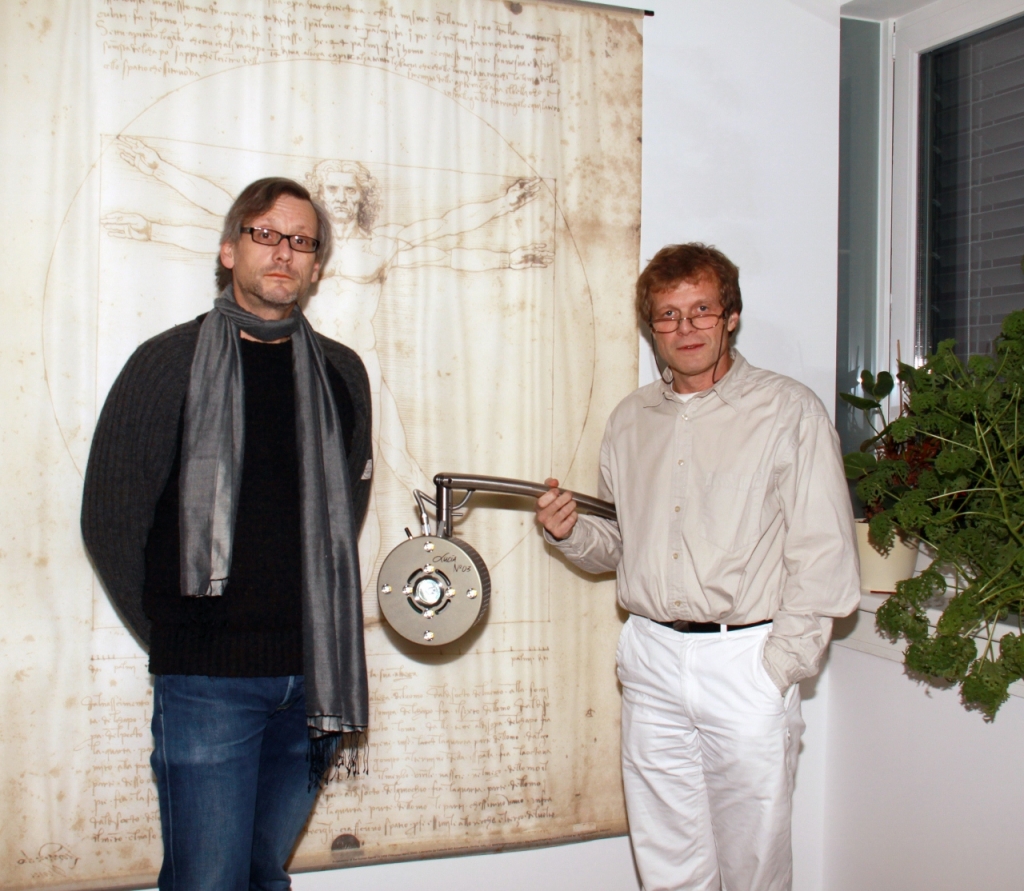 Austrian clinical psychologist Dr. Engelbert Winkler and his research partner, neurologist Dr. Dirk Proeckl first developed the Lucia Hypnagogic Light device arising out of research into Near-Death Experiences (NDE) and the realization of the health and psychological benefits that often were a result of such experiences. Looking at ways of replicating the benefits of the NDE they hit on the idea of simulating one of the key motifs of the experience – interaction with light – and developed Lucia as a means of stimulating the brain via an external stroboscopic light source. The resulting EEG brain-wave patterns and mental states have been shown to be equivalents of the measured reactions of subjects who are meditation practitioners of many years of experience.

Lucia N°03 as a neurostimulator therefore is capable of inducing experiences that can be compared to deep relaxation and meditative states, mystical experiences, simulations of out-of-body experiences and realities experienced under entheogenic substances such as DMT.

Neurologist and psychologist now working in private medical practice, focusing on the interaction between the psyche and the nervous system.

In 1994 Dr. Winkler founded the Kooperative Familieberatung, a Tyerolean governmental welfare initiative offering both out-patient and residential care, with particular emphasis on the care and treatment of children and young persons with extreme behavioral problems.The centre, of which Dr. Winkler remains director, has developed outreach programmes for homeless teenagers and those not fitting the criteria for admission to other centres. The XXL-project of Kooperative Familienberatung is designed for a maximum of eight teenagers aged between 14 – 18 to live in their own apartment.