Light and the brain

Light and the Brain

When presented with light, the electrical activity in the brain changes. The pineal gland (glandula pinealis) is stimulated to produce mind-activating hormones that have a significant influence on the circadian rhythm. This small light organ, deep inside the brain, has always been a matter of speculation. Not without good reason, the gland is frequently also called the “third eye”. In the case of the tuatara, a living fossil, the third eye still has a lens rudiment and papillary muscles innervated by the sympathetic nervous system. Even in the area of the human pineal gland, tissue cells, as we find them in the eye, could be histologically detected.

Although many questions regarding this are still unanswered by science, we do however know that the functional range of the pineal gland serves as a comparison between the organism and the environment. By using neurostimulation lamp Lucia N°03, with our natural sensory channel of vision, the interdependency between the state of consciousness, brain waves and hormone production is illustrated. The resulting brain activity recorded shows in its analysis an image of increasing harmonisation (see figure) which, depending on the characteristics of the light and willingness of the viewer, corresponds to a state of deep relaxation and the highest level of concentration. The activity of the brain is reflected in the eye of the beholder in previously unseen scenarios and the client learns be guided by this (bidirectional neuro feedback). This phenomenon of central vision in Hypnagogic Light Experience results in the merging of object and subject.

Here is an EEG (electroencephalogram) test result which monitors electrical activity in the brain. The photos were taken before and after a Lucia light session. The bottom photo shows more signals of electrical activity after completing the Lucia Experience.

Example of the frequency pattern during HYPNAGOGIC LIGHT EXPERIENCE 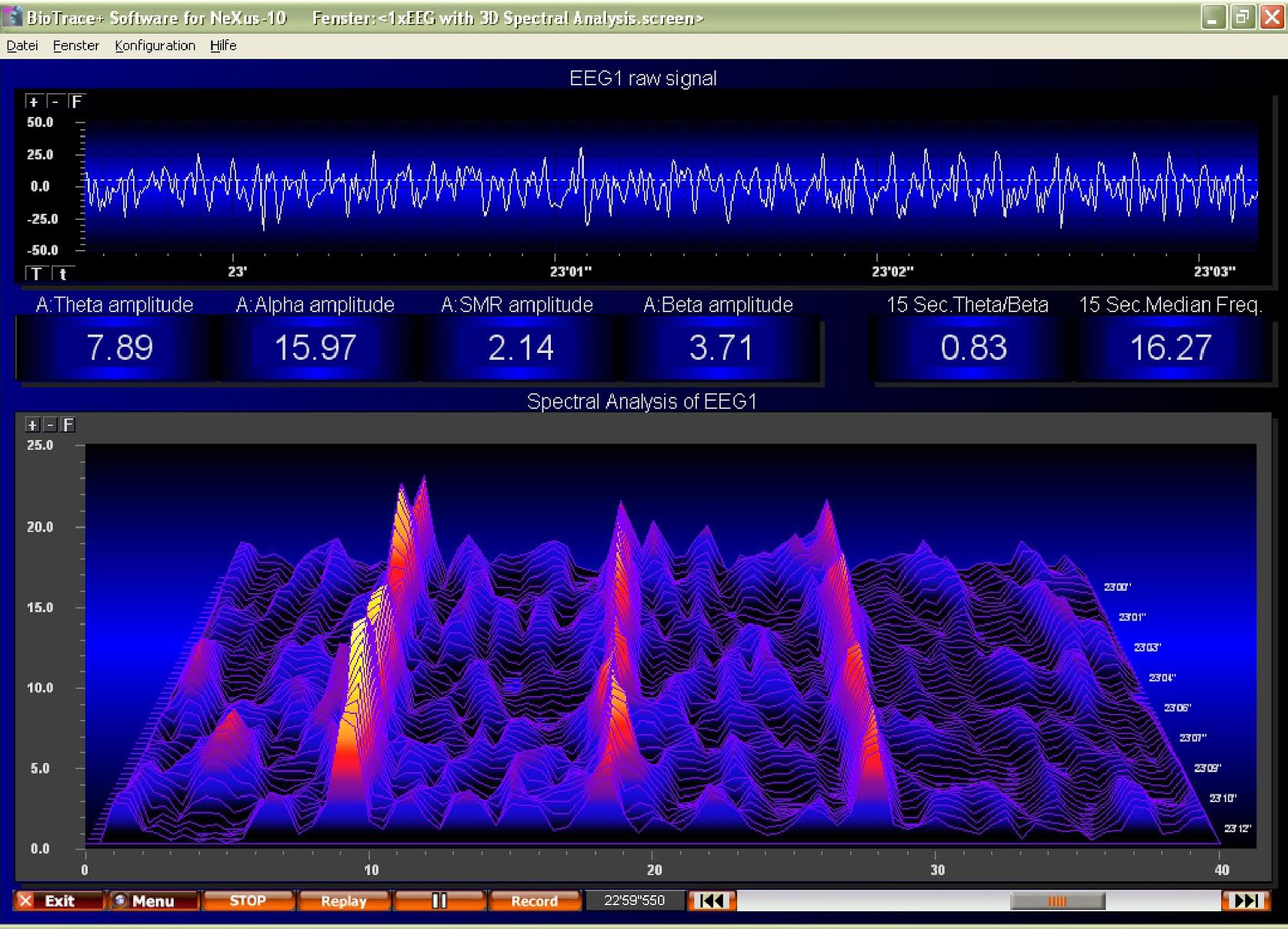 Typical Distribution of frequencies with normal brain activity,
at rest 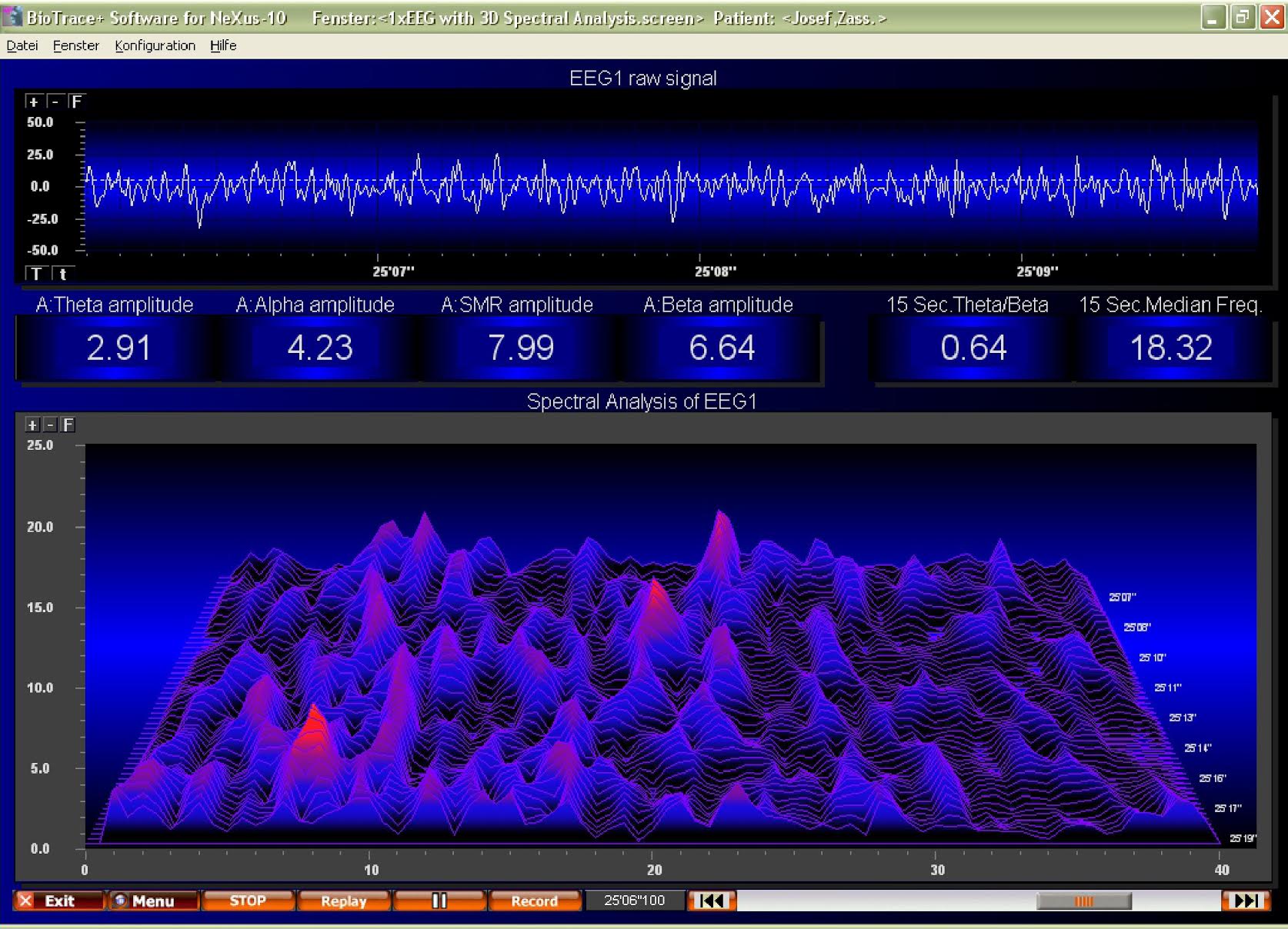